Menu
Get in Touch

Not sure which service you need? We can help!

For a third year in a row TEKenable sponsor the Excellence in Local Government Awards, 2020

For a third year in a row TEKenable sponsor the Excellence in Local Government Awards, 2020 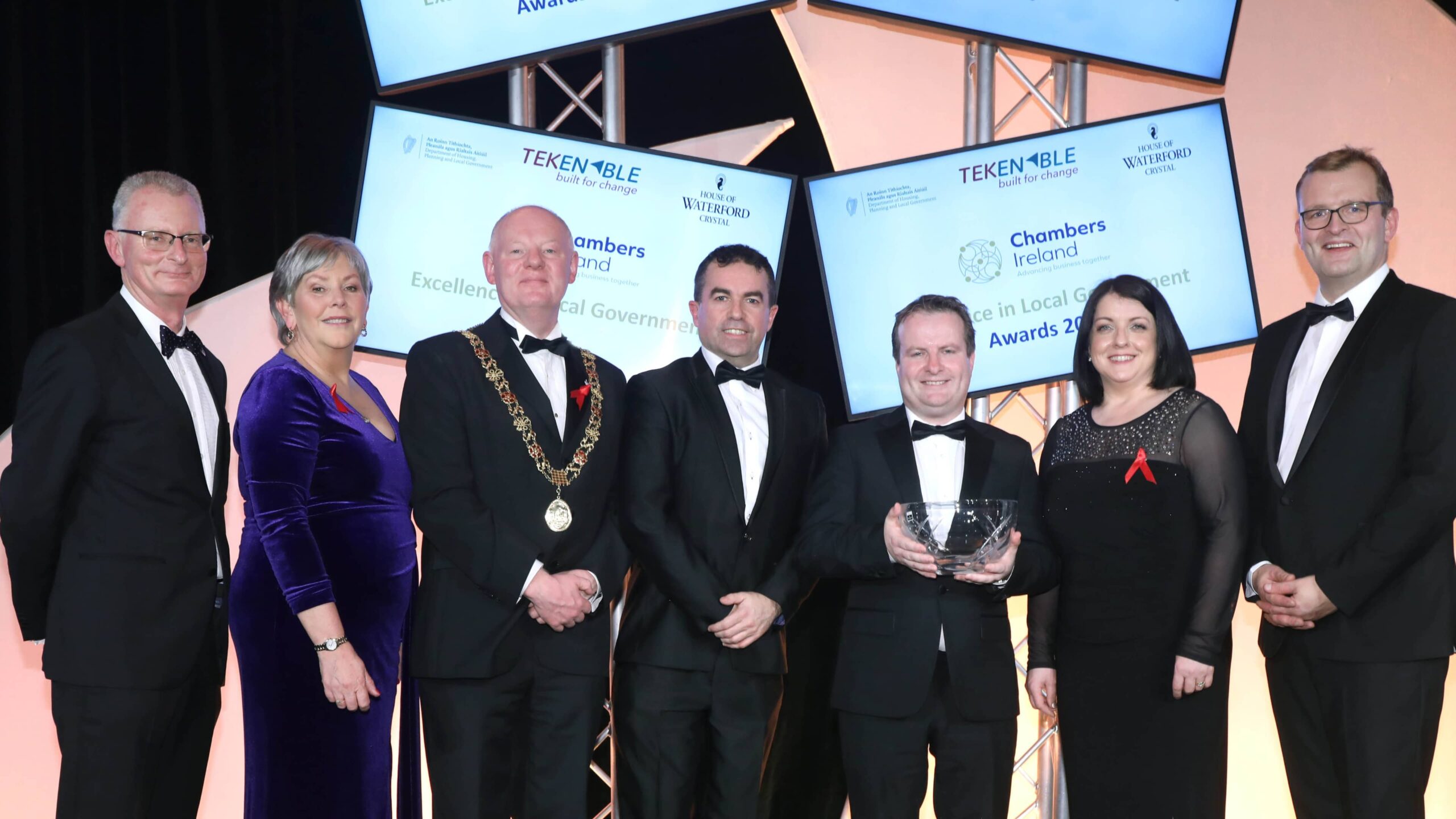 “My Department is delighted to support the Chambers Ireland Excellence in Local Government Awards again this year.  The vital role played by local government in our communities has been very much to the fore in the past year, especially as the country responded to the COVID-19 emergency. It is imperative that the effort, commitment, innovation and agility of local authorities and their staff continues to be acknowledged through these formal awards.

The projects that the local authorities have undertaken have helped maintain a sense of community, establish connections among our citizens and provide essential supports to the public at a crucial time. I wish to congratulate everyone for their hard work, commitment and resilience throughout the year, which is evident in all the applications submitted.

I also wish to acknowledge the efforts made by Chambers Ireland to continue with these prestigious and important awards in very different times.  The number and high calibre of applications submitted by local authorities, along with the organisation of Chambers Ireland, is most impressive.  While we are not able to celebrate the entries and winners this year as we might have done in previous years, I would nonetheless heartily congratulate everyone involved on their achievements.”

Out of the 16 categories TEKenable are proud to be sponsoring the “Local Authority Innovation Award”, This is a wide-ranging award which recognises innovation at any level and in any capacity within the Local Authority. Examples might include the introduction of new technologies, innovative methods of service delivery or projects that are unique and original in local government in Ireland. there are 5 contenders in this category which have produced a range of innovations across a variety of technologies, see all their solutions below.

Commenting on the announcement of the shortlist, Ian Talbot, Chief Executive of Chambers Ireland said,

“With over 80 projects in the shortlist revealed for this year’s Excellence in Local Government Awards, it’s clear that the innovation and hard work of our Local Authorities has continued unabated across the country, despite the more challenging circumstances that we’re all facing.

Even with the disruption endured by so many in 2020, Local Authorities continue to deliver, achieve more and strive for even greater things for their communities. It’s been inspiring to receive so many wide-ranging applicant projects for this year’s Awards, which underline the efforts that people across our local communities have continued to put in despite living through such uncertain times for us all.

I would like to congratulate each of the shortlisted Local Authorities revealed today. We continue to hold our Awards as a celebration of the enthusiasm, commitment and overall excellence to be found throughout the work being done at Local Government level nationwide. The very best of luck to all shortlisted today.”

Further details about the Awards can be found on the Chambers Ireland website.

Did you find your read useful? Stay up to Date with our Insights.

Be our Next Succesful Study

Five Steps to the Sustainable Cloud

As net-zero has risen up the agenda, Irish businesses have come to ask questions about their IT energy use. We

True cybersecurity starts from square one, with security built into applications in the design and development stage Not all software

At this point, digital transformation has become more about adapting and anticipating a changing world. Giving your business increasing flexibility

Innovation can be as simple as drag and drop. Do not get left behind in the low code revolution, and

Be our Next Successful Study

Talk to the Digital
Transformation Experts

Stay up to date with us!